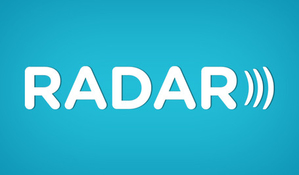 Victory for journalism in the Netherlands. The High Court of The Hague reached an early judgment about the forced disclosure of the complete raw footage by AVROTROS to telecom provider Pretium. The judgment cancels the earlier decision of 2 February 2011 by the District Court of The Hague. In that decision AVROTROS was convicted to disclose the complete raw footage to Pretium with regard to the broadcast of television program Radar in which hidden camera footage from a call center of Pretium was broadcasted. Hereinafter follows an overview of the most important considerations of the High Court.

The Court decides (referring to the Nordisk-judgment by the European Court of Human Rights) that the footage falls under the protection of the right to freedom of expression and the right to free gathering of news under Article 10 European Convention on Human Rights (ECHR). Press freedom, which is essential in a democratic society and which should be restricted as little as possible, requires a journalist to be free and should feel free to research matters of public interest. The Court considers it plausible that a forced disclosure of hidden camera footage will have a chilling effect on the exercise of press freedom, in the sense that - as claimed by AVROTROS - journalists will be more reluctant in using the method of hidden cameras. As a result, matters of public interest may not be disclosed.

It is likely journalists will have serious objections against the complete disclosure of hidden camera footage for instance to justice or (as in this case) companies against whom the research with regard to a matter of public interest is aimed. Additionally, images that were not selected for broadcasting will become visible as a result of the disclosure of the raw footage. The same applies to the research method of the journalist. In addition the footage may contain images of persons who, unaware of the fact they were being filmed, did things or said things they would not, in view of their privacy, want to be furtherly disclosed.

The Court concludes that the claimed disclosure of the complete raw footage infringes Article 10 of the ECHR. Such an infringement is only justified if it is provided by law and, in compliance with the principles of subsidiarity and proportionality, is necessary in a democratic society. According to the Court it derives from the above that the claim of Pretium to disclose the footage based on Article 843a of the Dutch Code of Civil Procedure must be assessed in relation to the protection of the recordings under Article 10 ECHR.

Pursuant to Article 843a the one who holds the data is not obliged to disclose the material if there are serious reasons, and/or if it can be reasonably assumed that reasonable justice is ensured without disclosing the requested data. For the latter, it must be stated that the plaintiff is in distress of evidence. That is not the case, according to the Court. This will cancel the decision to disclose the complete raw footage by AVROTROS.