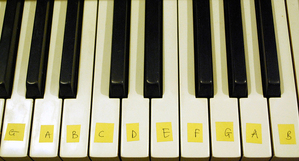 The British singer-songwriter Ed Sheeran is accused of copyright infringement. Songwriters Martin Harrington and Thomas Leonard - who wrote the song 'Amazing' - claim that Sheeran's song 'Photograph' is similar to 'Amazing' (which is sang by Matt Cardle). According to the songwriters, it is abundantly clear that it was copied.

The similarities would include the following:
- identical tunes and an identical rhythm (mainly in the refrain);
- identical lyrics; and:
- a similar style.

How would a Dutch judge assess such a case? Is there any similarity? Moreover, are the described elements copyright protected?

The Dutch Copyright Act includes provisions about copyrightable works (such as lyrics, photos, plays or musical works). A work will be copyright protected if it contains original elements. This means 'original in the sense that the work is the author's own intellectual creation'.

Such originality implies that a work:
- may not be derived from another work (the 'original' element); and:
- that it includes creative choices (own 'intellectual creation').

In relation to the last aspect this is subject to the fact that if the form is too banal or trivial, the creation will not be protected.

In assessing plagiarism the following question is rather relevant: are there any specific elements copied in the creation? It is important that the elements are derived from other creations. Accidental similarities do not lead to copyright infringement. Songwriters Harrington and Thomas Leonard will probably claim that Ed Sheeran consciously copied the elements mentioned above.

Ed Sheeran will defend himself by claiming his song is not derived from theirs. He will probably claim that the elements are not copyright protected, which means copyright infringement is out of the question.

Identical words
According to Article 10 paragraph 1 of the Dutch Copyright Act, lyrics also qualify for copyright protection. Also in this case the quality is not relevant to the question whether the lyrics are copyright protected.
When only parts of the lyrics, phrases are copied (for example two sentences) this may also constitute a copyright infringement.

The European Court decided that copying only 11 words can be seen as an infringement, under the condition that the copied part includes a component that reflects the intellectual creation of the (original) author.

The lyrics
Between both lyrics there seems to be little to no similarity. An example:

In virtue of the couplets, in my opinion a judge cannot decide that there is similarity between both lyrics.

The style
Although the style of both songs are not copyright protected, the style plays an important role in assessing the plagiarism by Sheeran. This aspect does not work in favour of Sheeran; the authors may claim that the songs have the same style; they can both be qualified as ballads within the pop genre.

Based on the above, proceedings in the Netherlands will mainly focus on the similarity of the music in the couplets of both songs. In my opinion, it is quite possible that a judge decides that Sheeran copied the music of the couplet.

Defence
Sheeran's counterclaim that the refrain does not qualify for copyright protection, could be a relevant issue. If Sheeran is able to give examples of highly similar or consistent melodies, this could indicate that the music of the couplets is not original and there were few to none creative choices made. There can be no infringement when the work is not protected.

If the judge decides that Sheeran infringed the copyright of Harrington and Leonard, the specific damages related to this infringement should be assessed. For example, is the reputation of the authors damaged by the infringement? Or will they claim the profits made by Sheeran with his song 'Photograph'? The determination of the extent of the damages will not be easy.

The case of Sheeran does not stand by itself. An American judge decided earlier that Pharell Williams infringed the copyrights of the song 'Ain't that peculiar' from Marvin Gaye with his song 'Happy' (the similarity between both songs can be found here).

We also wrote an article on our webpage about a similar case concerning the similarity between 'Blurred Lines' of Pharell and Robin Thicke and 'Got to give it up' by Marvin Gaye: 'Blurred Lines resultaat van plagiaat'.

Very recently, Led Zeppelin was also involved in proceedings about plagiarism. The intro of their song 'Stairway to heaven' was claimed to be copied of Spirit's song 'Taurus'. Meanwhile, an American judge decided Led Zeppelin did not infringe any copyrights. You can listen to a comparison here.

What do you think? Is this a clear case of plagiarism?